Published by Mika Berglund on September 18, 2019

To give you an option to get your hands dirty and dig into the code, I wrote a sample application to go with this post. The code is available on GitHub, in the Code-Based Workflows with Durable Functions in Azure repository. Be sure to check that out too.

There are different types of functions involved in an orchestration. I’ve described them in more detail in the sub chapters below. In short, these types are:

Although technically not part of the Durable Functions stack, triggering functions are still a key part in when writing code-based workflows with Durable Functions. They are the functions that you use to start a new orchestration function with.

You can use any standard function to start a new Durable Functions orchestration. I find myself starting new orchestration functions mostly from the following types of functions.

This is shown in the sample code for this post on GitHub, in the HttpAPIFunctions class. The response from this HTTP triggered function is a JSON document that defines URIs for various interactions with the started orchestration. You can for instance do the following.

There are a few others, but these I consider the most useful.

If there’s only one thing you’re going to remember from this post, then let it be this thing! You cannot even imagine how many times I’ve been banging my head on the keyboard when my orchestrations have not been working. Until much later when I’ve realize that I’ve invoked a database operation or accessed a storage account directly from an orchestration function.

So remember, no async calls from orchestration functions!

Activity functions are stateless, so they act very similar to standard async methods. You can also call any other methods, either sync or async, from an activity function.

The robustness of your orchestrations and the integrity of their states depends heavily on how you call your activity functions. This is also where the Durable Functions runtime gives you a lot of functionality for free. Sometimes your code can fail, especially if it relies on external systems that you access over a network. The systems can be down for maintenance, the network might be down, or something else.

It can be a bit of an overkill to specify the retry options separately for every activity function that you call. Not to mention if you later on want to change the maximum retries from 5 to 10. That’s why I created an extension method, CallActivityWithDefaultRetryAsync, that you can use in your orchestration functions, as demonstrated in the sample code.

I’ve been building solutions with the help of Durable Functions quite a lot. However, it’s not a silver bullet that will protect your solutions from all the harm in the world. But in some use-cases they are actually very useful, and will definitely simplify your code.

One very typical use-case that can be handled with Durable Functions is all kinds of background processing. Some kind of tasks where the caller does not need an immediate response, or even a response at all. These are typically triggered on a schedule, either using Azure Functions timer trigger, or an HTTP trigger that is invoked by an external scheduler or in response to user action.

It is also pretty obvious, that the Durable Functions runtime does not make your code run any faster, so if you have something that is very performance critical, then Durable Functions might not be the correct answer.

So, what about other workflow technologies then, for instance Logic Apps? Well, I’d like to think that they support each other. You have probably tried Logic Apps or Microsoft Flow, and created a few workflows with them. You also then probably have noticed, that they very easily become very verbose, and your workflow designer canvas is full of activities that is very hard to get a big picture of.

That’s where you could leverage Durable Functions too. You create your business logic in Logic Apps, but they hand off stuff with more technical nature to workflows built with Durable Functions. This could make things a lot clearer in your workflow designer, when you don’t have to take care of all the nitty-gritty stuff.

One thing I’m sure of is that Durable Functions will continue to be a trusted tool in my bag of technologies I rely on when building solutions in Azure.

Have a nice day! 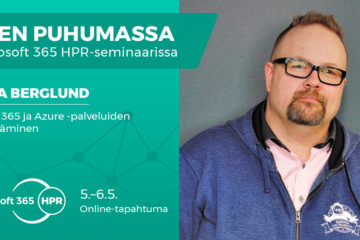 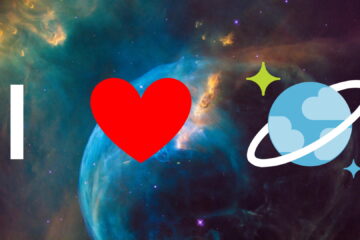 Why I Love Cosmos DB

Cosmos DB is an increasingly popular no-sql database provided by Microsoft Azure. In this article I outline the things that make me love Cosmos DB. 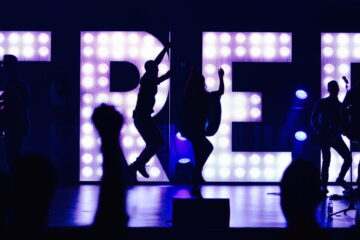 Microsoft announced that Azure Cosmos DB is now also available as a free tier. So I set out to give it a spin to learn more about running Cosmos for free.